Smartphone becomes AI-Phone – what is the next Big Thing?

The modern smartphone era which began 10 years ago with the introduction of the first iPhone, has now matured. When Google’s Pixel-2 phones were introduced in San Francisco, CEO Sundar Pichai said that the smartphone’s features have “weakened” thus it was difficult to develop exciting new hardware-based products. According to Google, there was a transition from a mobile-first company to an Artificial Intelligence first business, as the field of machine learning is one of Google’s strongest assets. 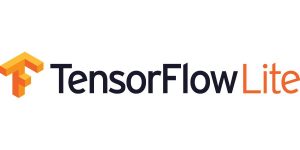 Google’s latest open source software TensorFlow Lite for machine learning developers pre-release, is an exciting change in the area of AI. The company’s commitment to the development of AI that can run algorithms on a mobile device – with no internet connectivity – is the foundation for the Artificial Intelligence Of Things (AIOT) of the future.

As far as consumer products are concerned, Google’s assistants Alexa and Siri are among the most popular AI mainstream applications. For 30 or 40 dollars, a person can get their own interactive AI assistant – provided that they have WiFi and charging accessibility.

TensorFlow Lite represents the first comprehensible steps in order to make Artificial Intelligence – powered devices not only accessible but also disposable. That results in the death of buttons. Developers can now preview Tensor Flow Lite for Android and iOS. Instead of providing new features for AI applications, the existing hardware – such as the Snapdragon processors – was used to execute algorithms that are normally not possible for mobile devices without connecting to the cloud.

With Google’s new Lite artificial intelligence platform, you can run AI models on a smartphone and after adding new data, run these algorithms to get new results. It is on-the-go machine learning with no need for internet connectivity.

If you’re one of those people who are afraid that hundreds of devices in your house can spy on you via your Internet connection, you’ll be happy to know that Google’s researchers are designing the Tensor Flow Lite specifically to address these kinds of concerns.

According to the Tensor Flow Lite website, the software was developed fulfilling the following criteria:

It is interesting to see what’s next on Google’s AI Platform Miniaturization project. It paves the way for voice-controlled disposables based on cheap chips and AI-powered devices that won’t expose your entire network to hackers attacks.

If Google continues to bring more value to less powerful devices, we will eventually live in a world where Artificial Intelligence could affordably be used in any device, even the disposable ones. Google’s engineer and technical director of TensorFlow, Pete Warden, told MIT,”What I want is a 50-cent chip that allows easy speech recognition and runs on a button battery for a year.”