Can Artificial Intelligence read your thoughts?

In recent years, the rapid development of Artificial Intelligence has reached new levels that once were considered pure science fiction. With particular attention – and from different perspectives also with unusually high fears – all novelties are viewed, a fact that points in the direction of machine consciousness. Especially in the area of perception and its manipulation, the performance of machines is currently astounding to an increasing extent, especially for amateurs and even experts. 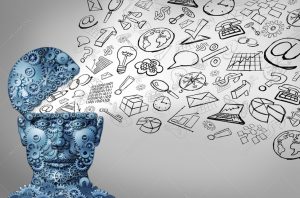 A good example is the work of an AI research group in the development department of Nvidia, a company known primarily as a manufacturer of graphics cards. The researchers succeeded in teaching Artificial neural network to change these media credibly, starting with image and film sources, about specific characteristics. With this technology, it is possible to change the weather in a video or the breed of a dog on a picture. The crucial point here is that representations in image or video which can be manipulated almost arbitrarily without a human editor having to intervene. The results are not yet perfect, but they are likely to be even more convincing in the future.

Scientists from the University of Kyoto went one step further: they used a similar procedure to allow Artificial Intelligence to recognise the mental perceptual images in the human brain so that the AI reads a person’s thoughts to some extent. This happens in detail: A neuronal network is trained to match images that a human subject looks at with data obtained by functional magnetic resonance imaging (FMRI) of the person’s corresponding brain activity. In this way, the AI learns to associate external stimuli (pictures) with the internal states in the brain (the MRI patterns). If, after this learning phase, it receives only MRI data as input, it can reconstruct what people perceive from this information without first having taken knowledge of these images. The images of these spiritual processes produced by the AI are anything but photorealistic. However, they do show the original image. 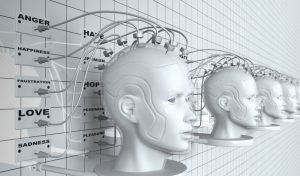 A question as threatening as can Artificial Intelligence reads your thoughts should not cause so much discomfort if you take a closer look. The actual “reading of thoughts”, the look into the brain, continues to be taken over by MRI, and that’s what it is meant for. Artificial intelligence, on the other hand, is limited to pattern recognition through a neural network and the application of what has been learned to new data. The strength of neural networks lies in the speed of work: while people need hours to learn new lessons, such a system can do millions of learning processes at the same time. A large number of passages creates a very differentiated system of weightings and states between the neurons in the net so that the result of continuous training becomes more and more similar to the model. The possible applications are manifold, but above all, in one respect this technology offers fascinating promises for the future: It could enable people who cannot communicate in language or writing to communicate their thoughts and inner images. Further applications are also conceivable, such as the direct “uploading” of intellectual content into computer networks.