Bot better than a human for the first time

The internationally competing AI developers had developed their specific programs that can read and compete in a squad test. In doing so, they demonstrated how the development of learning and understanding the language of machines is organised. Almost all global technology companies, including Google, Facebook, IBM, and Microsoft, use the prestigious Stanford Question Answering Dataset reading and understanding test to measure themselves against each other and an average human subject. The squad has more than 100,000 questions related to the content of over 500 Wikipedia articles. Squad asks questions with objectifiable answers, such as “What causes rain?”. Other questions that needed to be answered included: “What nationality did Nikola Tesla have?” Or “What is the size of the rainforest?” Or “Which musical group performed in the Super Bowl 50 Halftime Show?” Result: The bot persists. And not only that but for the first time, it was better than humans.

The conventional first AI reading machine that has done better on the “squad” than a human being is the new software of Alibaba Group Holding Ltd., which was developed in Hangzhou, China, by the company’s Institute of Data Science and Technologies. The research department of the Chinese e-commerce giant said that the machine language processing program achieved a test score of 82.44 points. It has cracked the previous record of 82.30 points, which was still held by a human. Chinese e-commerce giant Alibaba continues to announce its leadership role in the development of machine learning and Artificial Intelligence technologies. However, Microsoft Alibaba is hot on the heels. Microsoft’s reading machine was only just exceeded by the test result of the Alibaba program.

It is necessary that the bot program can accurately filter a variety of available information to give correct and only relevant answers. The program, which maps the human brain as a neural network model, works through paragraphs to sentences and from there to words, trying to identify sections that might contain the answer you’re looking for.

The head of development for AI and language programs, Si Luo, said the findings make it clear that machines can now answer objective questions with high accuracy.

This development opens up new possibilities for Artificial Intelligence and its use in customer service. As reading robots could in the future, for example, also answer medical inquiries via the Internet, this would significantly reduce the need for human input. Alibaba’s bot program called “Xiaomi” relies on the capabilities of the reading AI engine and has been used successfully. At the so-called Single’s Day, the annually recurring, most significant shopping event of Asia on November 11, the software was successfully applied. 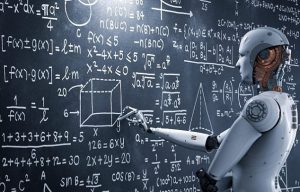 AI further ahead of an existing challenge

However, bots still have difficulties with language queries that are vague or colloquial, ironic or just grammatically incorrect. If there are no prepared answers, it is not possible for the robot program to find a suitable solution when reading. Then it does not respond adequately and answers incorrectly.