Google’s Artificial Intelligence has helped NASA  to discover eight planets in a distant solar system. This system is very similar to ours – it could exist life there.

Living on a Kepler 90 planet? 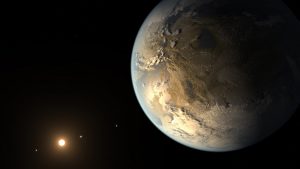 The name of the discovered star is Kepler 90 – eight exoplanets orbit it. These are celestial bodies outside our solar system that circle around a distant star and are similar to Earth, Venus, Mars, Mercury, Jupiter and so on. This is the first solar system with such a large family of planets that astronomers have ever discovered. The eighth of these exoplanets was identified by a neural network whose Artificial Intelligence – a product of Google – supported NASA to discover them. This system tirelessly combed through the data collected by the Kepler space telescope in large quantities. It cannot be ruled out if there are 90 lives under the star Kepler. The distant sun – 2,500 light-years away – is the only one known to us so far, which gathers as many celestial bodies as our natural sun around it. The discovery can, therefore, be considered to be incredibly spectacular, and NASA scientists initially even kept it secret. Striking is also the use of the Artificial Intelligence, with which the discovery succeeded at all. The software trained with planet signals and learned by self-training – which symptoms could point to an exoplanet. These celestial bodies are not visible from the earth, not even with the strongest telescope. Instead, minimal darkening of stars is evaluated. These can only be produced by their satellites in a particular order of magnitude and with a specific orbit. They must, therefore, be exoplanets, not comets or asteroids.

Artificial Intelligence: How did it work for astronomical purposes?

The Kepler datasets are usually analysed by experts in painstaking detail work. Over time, they develop tangible references to variations in the brightness of a star that indicates a planetary transit. These critical data then establish automated tests, but even these would take many decades to prove an exoplanet for general data reconciliation. The low brightness fluctuations can have many different reasons. Therefore smaller planets, which are also relatively distant from their star, are very difficult to detect. The neural network that Google provided to NASA, on the other hand, received 15,000 planet signals as input, which had once been confirmed by astronomers. With these planet signals, Artificial Intelligence trained how a sign must be constructed to display a real exoplanet. This works even with weak signals. The accuracy of the neural network has now reached 96%, which is sensational among researchers.

Specifically, Deep Learning was the exact AI method used in the used in the discovery of the eighth Kepler planet Kepler 90i. Here, a neural network permanently optimises its internal structure via its hidden layers. Thus, it can expand and improve its learning algorithms. This results in a stable learning success, which is also necessary for the evaluation of vast amounts of data. NASA scientists can, therefore, describe Kepler 90i as a Mercury-like celestial body with a surface temperature of about 420 °C and a size of nearly 130 % of the earth’s capacity, which orbits its star once in 14.4 days – a very short year. But with Deep Learning it was possible to discover even more similar exoplanets to the Earth. Possibly this brings the proof of extra-terrestrial life within reach. 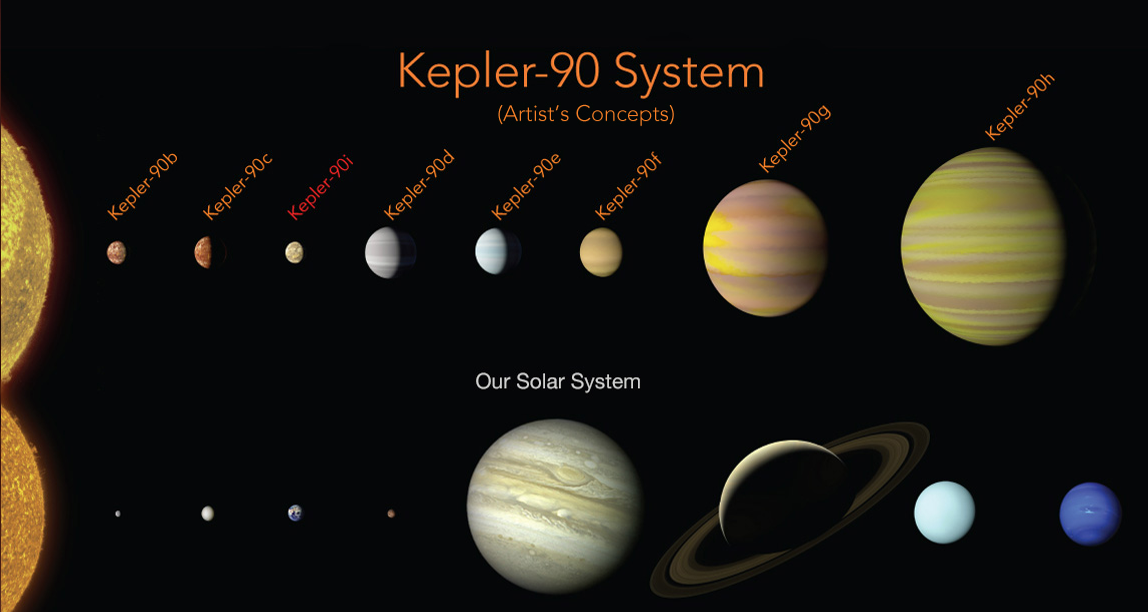